As a part of the Shut ‘Em Down 2021 mobilization, some ABOLISHmke collaborators put together an art build to make a banner big enough to blow some minds.

END_OF_DOCUMENT_TOKEN_TO_BE_REPLACED

This is an audio version of “Big Ol’ Banner, a How To” published at ABOLISHmke.com on September 10, 2021.

END_OF_DOCUMENT_TOKEN_TO_BE_REPLACED

We want the public to know that this prison is operating illegally and the state government is keeping it open while also trying to find a way to build new prisons to abuse children in. Lincoln Hills & Copper Lake must close, and the youths must be sent home to their families.

The child abuse committed at these facilities that was discovered after numerous investigations was so bad even former Wisconsin governor Scott Walker said it needed to be closed.

This is an audio version of “Fireworks at Lincoln Hills/Copper Lake Youth Prisons” published at ABOLISHmke.com on September 2, 2021.

Music thanks to snag. snagmke.bandcamp.com

ABOLISHmke, news and analysis from a bad place. We write from an anti-authoritarian perspective on police, prisons, and more in the so-called state of Wisconsin.

We will publish anything sent to us that conforms to our editorial standards for authenticity, conflict, and rigor. Please do not hesitate to contact us with any questions: abolishmke [at] protonmail [dot] com.

On July 31st, Jailhouse Lawyers Speak announced plans for an “Abolition on Every Block Party,” and a handful of collaborators with both ABOLISHmke and the MKE Lit Supply put one together for 2pm-10pm on the 3000 block of Buffum street in Harambee, Milwaukee.

In preparation for #ShutEmDown2021, we’ve been working for a couple months on building coalitions throughout the city to see what kind of support we can pull together. In addition to spreading the SED2021 message with our community, this block party was also a good opportunity to continue the ongoing conversations and planning for August 21st — September 9th.

END_OF_DOCUMENT_TOKEN_TO_BE_REPLACED

UPDATE 6/16: The snitch house bill is likely to pass the legislature today. Please join the action to demand governor Evers veto it.

UPDATE 6/11: Yesterday the Joint Finance Committee put $1 million into the budget for snitch houses. The full assembly will vote on slew of bills on Wednesday June 16, including this and other fake police reforms. Please contact assembly representatives (listed below) before then to demand they vote against any bill that will expand police funding or scope of work.

Here at ABOLISHmke, we’ve put a lot of attention on the snitch house (AB258) bill (also known as COP house) ever since it passed the senate with unanimous support. Well, that attention is starting to register victories. On June 2nd the Committee on Local Government held an executive session on it, and every democratic representative voted against it. Despite this, it still passed the committee — republicans dominate the legislature in Wisconsin.

END_OF_DOCUMENT_TOKEN_TO_BE_REPLACED

[update: confirmation from a staff person at GBCI and the Brown County Sheriff’s office that someone did die. The sheriff’s office is doing the routine investigation. Oftentimes, they just talk to staff, so we encouraged them to also talk to people held on the unit, about the medical neglect they witnessed.]

On Thursday May 13th, 2021, guards at Green Bay CI killed an incarcerated man, who’s name we’ve been told was Antonio. At this time, we don’t know much about this person, but have heard the story from friends held there. Our understanding is that he and others on his tier were calling out for him to receive medical attention, but the guards ignored their pleas for help. Antonio died in need of medication.

END_OF_DOCUMENT_TOKEN_TO_BE_REPLACED

Prisoners are isolated to ordering solely from union supply as a contracted vendor… I’m under the impression it violates the consumers protection  act where we are to have price competitiveness  and is at contrast with the reasons the doc initially cited as their reasons to start the four original vendors contracts in 2007 or so, which included wider selection and “price competitiveness”. Please advise … and stop this unjust overtaxing of loved ones and prisoners hard earnings especially where union charges way more than  others, takes three times the wait to deliver and puts families on hold hours to place orders. Also, where prisoners earn 5¢ per hour and doc takes 50% of hat 5¢ for restitution even hough courts imposed 25% and hen turn around and take another 10% for release accounts. Who is criminal in his situation?!!

The Wisconsin DOC is working towards only allowing one vendor to provide essentials to their captives: Union Supply. There’s a whole host of issues that come along with this, not least of which being that monopolies are historically price-gougers and unreliable, because there is no competition, so they can proceed however they want and do whatever maximizes profits, disregarding the needs and rights of the people they’re doing business with. END_OF_DOCUMENT_TOKEN_TO_BE_REPLACED 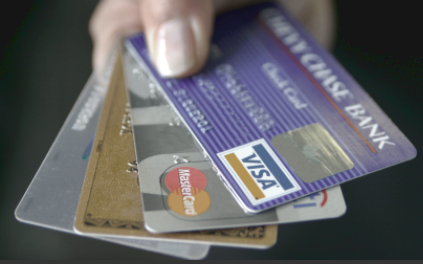 The IRS sent me and others a debit card instead of a check for our EIP 2 ($600) and the prison won’t process them or place the funds on our accounts. They require us to send the cards out and find another way to get the funds off them.

-Prisoner in the Wisconsin DOC

For anyone who is unaware, prisoners are not allowed to have credit/debit cards in their possession, so this is a particularly cruel act on the part of the IRS, who in collaboration with the DOC has made the stimulus program a nightmare for prisoners.

For some background, initially the IRS declared that prisoners were ineligible to receive the stimulus. They were still never eligible for the very first stimulus of $1200 that many people received back in April, 2020. When the government rolled out a second stimulus of $1200 in September 2020, Scholl v. Mnuchin, Case No. 20-cv-05309-PJH resulted in a win for prisoners—Phyllis J. Hamilton, United States District Judge from the 9th Circuit made clear that prisoners are not exempt from receiving this stimulus.

This whole process has been a slow and inconsistent one at best. Some people filed as early as possible (end of September, 2020) and have still yet to receive even their first payment. While others who filed around that time received their stimulus money within a few weeks. In the beginning of January, the IRS said that anyone who had filed but not received the stimulus payment needed to re-file, causing even more confusion. Some people “received” the payment, but had most if not all of the money taken, so they were unaware that they had technically been paid out. Without a reliable source to check the status of a prisoner’s stimulus payment, many people have filed again—hoping they were just overlooked and that this will be the one that works.

This check was supposed to go entirely to the prisoners, unless they had back child support. The DOC was able to take advantage of a loophole and recoup back fees and other fines or charges levied against prisoners. I know two prisoners who had nearly half of their first stimulus taken, another only ended up receiving a dollar. These are all people who don’t have children.
In light of this, adjustments to the language of the bill have been made and the $600 stimulus will not be taken from people, as explained by a case clerk:

After closing these loopholes, the IRS—who didn’t want prisoners to get this money from the very beginning—and the DOC seemed to team up and come up with a new scam. Debit Cards.

For many, the $600 stimulus payment was sent in the form of a debit card, one that they are not allowed to have in their possession. They are presented with the card and asked who they would like the card to be sent to.

The person who receives the card will go online to transfer the funds from the card to the prisoner’s account. This will cost a fee to the service transferring the funds and then since this is no longer “stimulus” money, or it is indistinguishable from any other deposit to a prisoner’s account, the DOC can take their cut—upwards of 35%.

Is there any better explanation for this series of actions taken by the DOC and the IRS than that they simply want prisoners to have less than nothing? From the complicated filing process, to the fact that the DOC from the beginning insisted that their staff were “not allowed” to help prisoners file, to the miscommunications about where the completed 1040s were to be sent, and now this—debit cards. A final “fuck you” to the people in Wisconsin prisons.

The cruelty is the point, pure and simple.

The IRS has since released a memo and sent information to the prison officials, but the damage is done. Many people have already sent their debit cards out to loved ones or trusted advocates. The DOC will get their money from the prisoners, regardless of policy or practices put in place from outside.